“PPS taught me two fundamental things: aim high, and never, ever, give up.”

Academics were a struggle for Ben Waxman at Longfellow Elementary School, Lincoln Junior High and Portland High School. But with encouragement from teachers, coaches and administrators, Ben learned to be a person “who never gives up.”

“I don’t know if I was ever technically diagnosed with a learning disability, but I definitely learn differently,” Waxman said. “I definitely have some form of an ADD (attention deficit disorder), so school wasn’t easy for me.”

But Ben – who played football and basketball and was senior class president at Portland High before graduating in 1998 – said the overarching message he got from the Portland Public Schools was: “Never settle for thinking that you can’t accomplish something because you learn differently.”

Ben, 38, now has quite a list of accomplishments in his life. He won a partial scholarship to Manhattanville College in New York but then transferred to the University of Massachusetts in Boston, closer to home. He left college for politics – spending several years working on national-level campaigns and for former Maine Congressman Tom Allen. Then, Ben spent more than a decade working for the national AFL-CIO, ending up as senior advisor to that union’s president.

A few years ago Ben returned to Maine where he and his business and life partner, Whitney Reynolds, opened American Roots, a textile-manufacturing firm in Portland that makes clothing from 100 percent American-made materials. They were inspired by Ben’s mother, Dory Waxman, a former Portland school board member and city councilor, who started a small woolen goods business when Ben was young and now owns Old Port Wool & Textile.

American Roots is growing – it started in 2014 with just four employees but now has 17. Virtually everyone who applied for a job at American Roots is a newcomer to this country, so five languages, including English, are spoken at the factory.

Ben and Whitney pay the workers a living wage and give them benefits. The couple also insisted the workers unionize  – the workers are now represented by United Steelworkers – to have their own voice.

Ben, who became a father this year, said the way he runs his business reflects the values he learned in school. “It wasn’t just reading, writing and arithmetic at the Portland Public Schools,” he said. “It was how you treat people, how are you able to interact and relate to people who may come from a different background.”

Ben said his teachers recognized that he had learning challenges. “They knew Ben was going to take a little longer to take a test and might have to do something a little different, but at the end of the day they didn’t let me use it as an excuse. I think that’s important. I think you have to have a little bit of tough love every now and then. It kind of builds who you are as a person – at least it did for me.”

Among the teachers who made a difference in his life was Buzz Maloney, his eighth-grade history teacher. “He was the best teacher I ever had,” Ben said. “He just made me fall in love with learning history, and to this day I still read more history than anything else. He also was my coach in track and field and he encouraged me to do whatever I wanted to do.”

Still, Ben added, “he wasn’t afraid to be hard on me. He said, ‘You’re probably going to marry an older woman because you’re going to need somebody to keep you in line.’” Ben joked that his teacher’s prediction is coming true, because his fiancée, Whitney, is a year older than he is.

Ben lived down the street from Deering High School, but he chose to attend Portland High, partly because that school then was the most diverse. “I wanted to get a little different feel by being around people from many different walks,” he said.

Ben said learning to relate to a wide variety of people in high school has stood him in good stead in politics, union work and now his own business.

“I remember when I went to Portland High, how diverse it was,” he said. “And when I went out to the real world, I saw that same diversity. And when I started my own business, on the first day we launched the Old Port Wool & Textile training program, women from Iraq, Egypt, the Congo, Brazil and a couple other countries walked through our factory doors. It became full circle.” 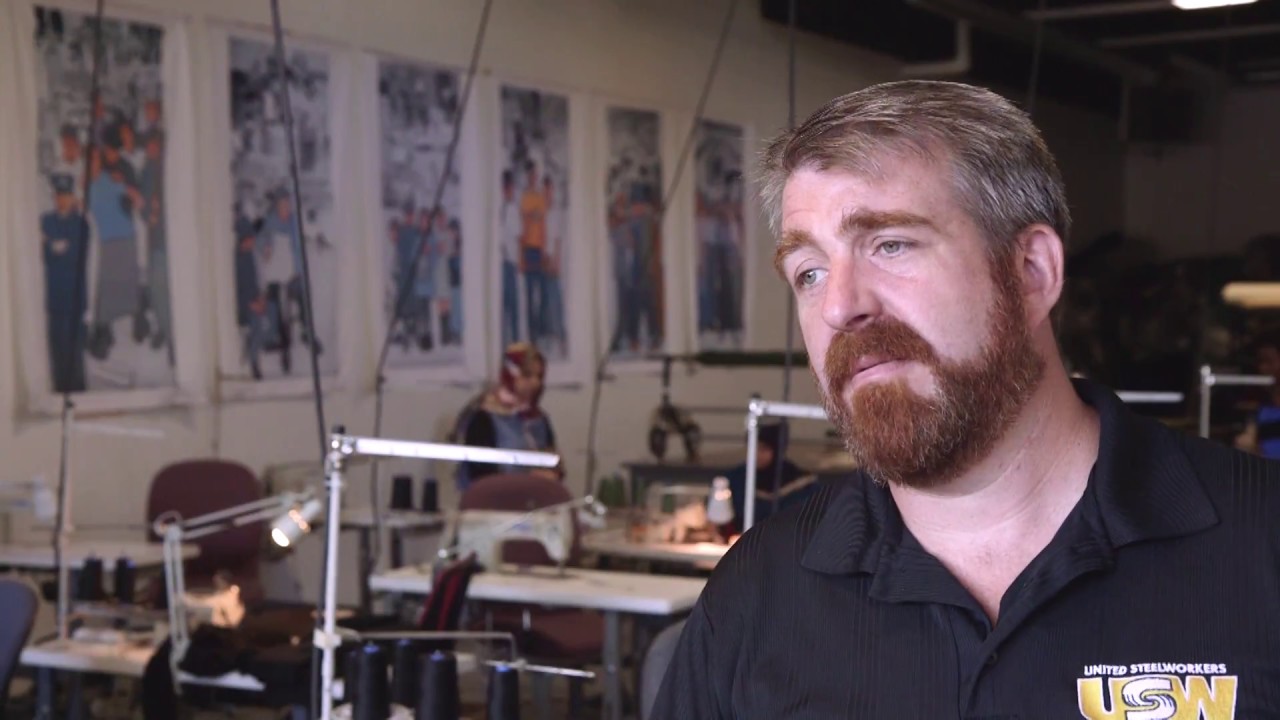