“PPS taught me to believe in my ability to affect change so now I can encourage others to do the same.”

Chanel Lewis, a 2009 graduate of Portland High School, says the Portland Public Schools gave her the confidence to succeed.

“That level of confidence and just overall esteem in myself obviously started in the home, but it was also very much cultivated at the Portland Public Schools,” she said.

Chanel, 26, holds a Bachelor’s degree in sociology from Howard University and a Master’s degree in African American studies from Boston University. She’s now a Program Coordinator for Educate Maine’s Project Login program. Educate Maine is a nonprofit that advances policies and practices that prepare Maine students to be productive, engaged citizens, and Project Login is the state’s leading resource for computer science education.

Chanel’s work is varied, but includes facilitating professional development for Maine teachers in computer science and helping develop tech-related employment opportunities for underemployed and unemployed youth to meet the needs of Maine businesses.

Chanel said her learning experiences at the Portland Public Schools helped her succeed. Her education, she said, has “gotten me to a place where I feel prepared. And where I’m not prepared, I know how to prepare – how to research, how to learn, how to accept challenges.”

Chanel started attending King Middle School in the seventh-grade, after her family moved from Massachusetts to Portland, where her father had been appointed pastor of Green Memorial A.M.E. Zion Church on Munjoy Hill.

She said she and her older sister attended King because “my parents wanted us to attend the most diverse school.”

In addition to having a diverse student body, King also uses project-based “expeditionary learning.” The school is a part of the EL Education (formerly Expeditionary Learning) network and is a model for other middle schools nationwide. Chanel said expeditionary learning was new to her, but she came to embrace it.

“King Middle School as a middle school is so amazing,” Chanel said. “I had come from a traditional middle school, my sixth-grade year was in a traditional school, and at King, there was all this experiential learning stuff.” That way of learning turned out to be fun and useful, she said.

She recalls taking a belly-dancing class and also learning how to make a frittata. “Now, everyone knows me as the frittata person because I make frittatas,” she said. “Whatever it is, you learn by doing, and I think that’s the point.”

Diversity also is a major reason why Chanel chose to attend Portland High School, then considered the most diverse high school in the city. “I didn’t want to be the only black girl in an honors or AP class,” she said.

Unfortunately, Chanel said, during her time at Portland High, she was one of only a couple of students of color in such advanced classes, despite the school’s diversity. She is pleased that now the Portland Public Schools has instituted a new Equity goal. Steps to realize that goal include ensuring that more students have access to higher-level classes such as advanced placement.

Chanel credits her freshman honors English teacher, Amanda Pendleton, with helping instill confidence in her – after Chanel failed to do the summer assigned-reading, and bombed the pop quiz Pendleton gave the first day of school.

Chanel said she admitted to Pendleton that she hadn’t read the assigned books but still wanted to be in the class. She said she has never forgotten the teacher’s reply: “I can tell you are a smart girl, but you’re also a black girl and being a black girl in America, unfortunately, you’re expected to work twice as hard. That’s the reality. I want you in this class. You deserve to be in this class. You have one week to get caught up on the reading.”

Chanel said she read the books and passed the quiz – all in one week. And she learned a valuable lesson. “I think from that first day, it set a tone for me. I know I deserve to have a seat at the table, and although there are systems I can’t control, I’ll do the work and I’ll show up and demand my seat,” she said.

Chanel recalled other staff who had a positive influence on her as a student, including Principal Michael Johnson and front office staff. She also thanked teachers Sarah Shmitt, Troy Crabtree, Philip Thibault, Angela Cote and Nancy Harkins.

“I want to thank them for just impacting the way that I approach learning, and my love for it – my love for the challenge of it,” Chanel said. 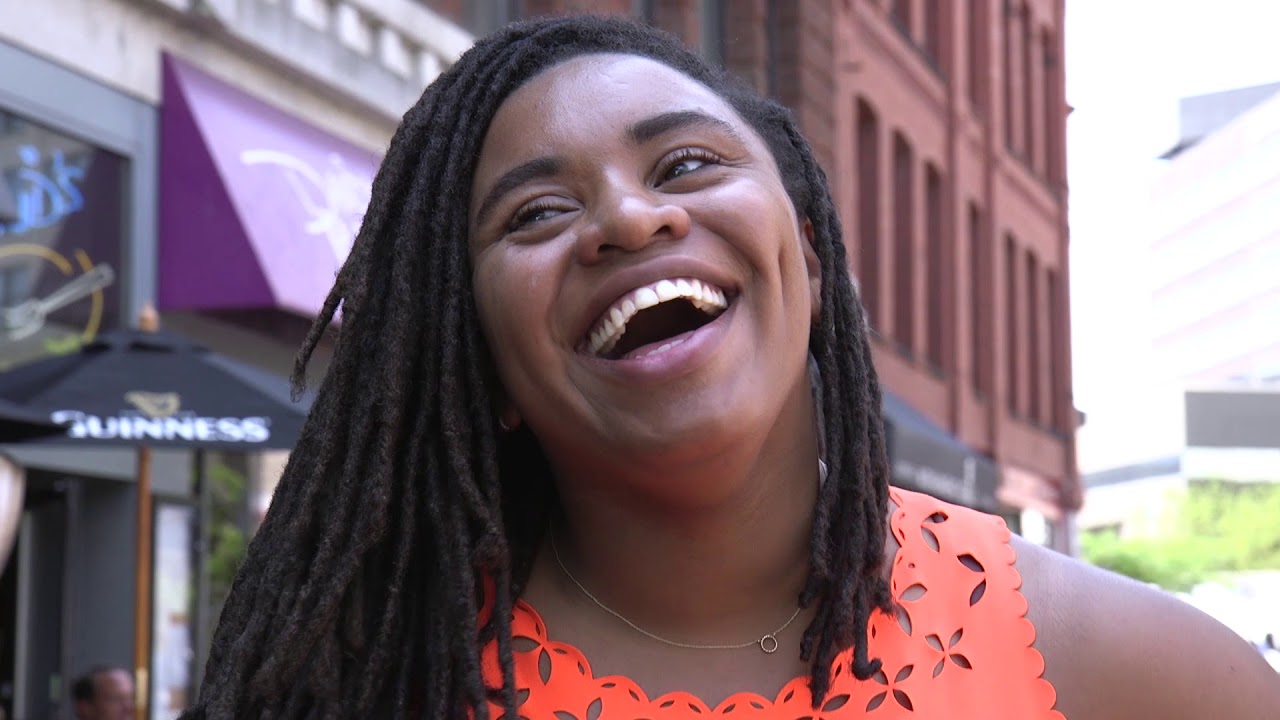