“PPS taught me to be confident in myself so now I can be a good role model for others.”

Music has been a part of Jacqui Savage’s life since childhood. From a very young age, she played the piano, sang and even taught music to family and friends. But it wasn’t until she attended the Portland Arts & Technology High School – PATHS – that her musical future took shape.

“PATHS made me realize that music was not just a hobby, it was going to be my career,” said Jacqui.

Today, Jacqui, 35, is the owner of Jacqui’s Piano Studio in Falmouth. She teaches approximately 50 students from the age of 3 to adults.  Her program includes recitals, group classes, master classes, and festivals. She also teaches family-style music classes for parents and children up to age 7.

In addition, Jacqui also is the music director at Saco First Parish, UCC, where she directs and leads the senior choir and prepares the music for services each Sunday.

Although she’s accomplished now, Jacqui wasn’t always confident she could have a successful career in music.

Jacqui grew up in Hanover, Mass. but her family moved to Lyman, Maine when she was a junior in high school. However, she and her siblings were not doing as well as her mother had hoped in the local schools.

“We were all feeling the culture shock of moving from the suburbs in Massachusetts to a more rural area,” Jacqui said. Also, she said, “moving away from all my friends was tough.”

In addition, because she is such a hands-on person, Jacqui found standardized testing a challenge in school.

Her mother moved the family to Portland and Jacqui started her senior year at Deering High School – and PATHS. That regional high school serves students from Portland’s three high schools (Deering, Portland and Casco Bay high schools) and from high schools in surrounding communities. It offers approximately 20 programs that enable students to acquire 21st-century academic, creative and technical skills needed to succeed in the global workforce and/or postsecondary education. Jacqui was drawn to PATHS for its music program.

She felt at home at PATHS. “Going to PATHS honestly put me on the ‘correct’ path,” Jacqui said. “I wasn’t doing well in the school setting I was in before, and going to PATHS made me feel like I belonged. It made me realize I was in fact good at something.”

“Ms. Victoria Bradford – now Mrs. Stubbs – was a great teacher and encouraged me to sing and perform more. It just felt good,” Jacqui said. “She was a great role model and I wanted to be a teacher like her. It definitely gave me a push to go to college, when I didn’t feel like I was very good at school and wasn’t sure it was the right path for me. But ultimately I decided college was a way for me to become a music teacher, so I needed to go.”

Deering – Jacqui’s sending school – also helped put her on a college-bound path. “The Portland Public Schools helped me to prepare for college in many different ways,” she said. “The guidance counselor at Deering was extremely helpful in figuring out how to get applications in and where to do my SAT’s. Applying for colleges can be extremely overwhelming and I don’t know that I would have done everything without them.”

After graduating in 2001, Jacqui attended the University of Maine in Orono. She earned a bachelor’s degree in music education, focusing on piano and voice.

At Deering and PATHS, Jacqui also welcomed interacting with a variety of students. The Portland Public Schools is Maine’s largest and most diverse school system.

“It is very important to me that my kids experience diversity because I did not until my senior year,” Jacqui said. She said the city’s public schools and its diversity are “the reason I am raising my family in Portland.”

As a music teacher, Jacqui is passionate about her work. “I believe music has healing power,” she said. “In a world of technology and instant gratification, learning an instrument has a way of slowing us down. It builds confidence in students and is an outlet to many. I have seen magic happen in lessons and performances of students. I believe in what I do.” 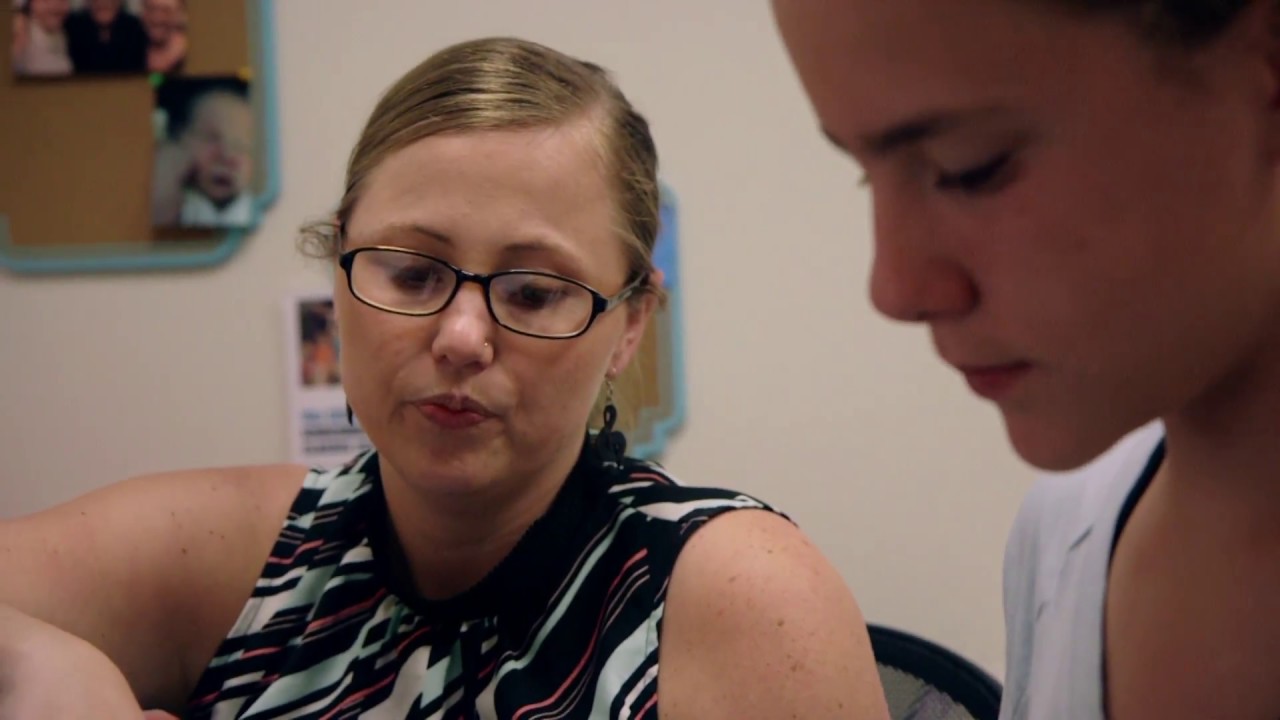