“PPS gave me the confidence to be an empowered leader in our community.”

From kindergarten through 12th grade at the Portland Public Schools, one thing consistently stood out for Lauren Kane. “The best thing for me was the people,” she said.

She became friends with fellow students from diverse backgrounds, and also had teachers who inspired and supported her at Longfellow Elementary School, Lincoln Middle School and Deering High School – an “education corridor” of neighborhood schools along Stevens Avenue.

“The teachers at the Portland Public Schools really left a huge impression on me and a number of them at each school along the way helped mold me,” Lauren said. “I credit a lot of my success to these teachers. Otherwise, I would not have the standards I have for myself or be who I am today: a person working, owning my own businesses and giving back to the community.”

After college, she coached women’s lacrosse at the University of Southern Maine and Bates College. Today, Lauren, 33, is co-owner and director of Maineiax Lacrosse Club, a girls’ lacrosse club, and is starting a consulting business to help girls get recruited to play lacrosse in college. In addition, she is director of sales for Cloudport, a co-working space in Portland.

She loves her work helping young girls. “When I see and work with these middle school and high school lacrosse players, I’m getting to know them off the field as much as I am on the field,” Lauren said. “Some of the best work I feel like I am doing is with them off the field and just being someone they can talk to and they trust.”

She said the most important thing she tries to instill in them is confidence. “I teach the girls all the time about believing in yourself,” Lauren said.

That lesson is something she learned from PPS teachers, coaches and staff. “The Portland Public Schools taught me how to be confident so I can be an empowered leader in our community today,” Lauren said.

It started at Longfellow Elementary School. “They established strong expectations of us at an early age,” she said. Longfellow had “very positive role models … teachers that made every subject exciting. They were very passionate about it, which made me tune into those subjects that I may not have been as interested in.”

Lincoln and Deering teachers also made a big impression. “I felt surrounded by really amazing people who were giving me knowledge I wouldn’t be able to find somewhere else,” Lauren said.

She was recruited by North Yarmouth Academy, a private high school, to play lacrosse. But after a visit there, Lauren chose Deering. “I really felt at home in the Portland Public Schools and well taken care of,” she said.

Teachers challenged students, she said. “I was in honors classes. I was more of an English/history student than a science/math student, but I found my teachers making science really exciting for me in spite of not being strong in it.”

The Portland Public Schools is Maine’s largest and most diverse school district and that made Lauren comfortable with diversity in college. “I think I made friends more quickly because I wasn’t scared of anyone different from me,” she said.

Lauren, whose mother, brother and sister also are Deering graduates, remains connected to the school, staying in touch with former teachers. When her boyfriend, Brendan Conway, 34, a Deering basketball coach, died unexpectedly of an undiagnosed heart condition in 2013, the school held his funeral in the gym.

“That’s the gym that I played basketball in, went to gym class in, went and supported all these friends on the basketball court and had pep rallies in, and it went to being a place where I said goodbye to the person I thought I’d be with the rest of my life,” Lauren said. “I’ll forever be thankful and in debt to the people that pulled that off for us.”

She highly recommends the Portland Public Schools. “If you’re looking for a unique experience that’s going to offer you a lot of diversity, different academic challenges, a variety of things to sign up for and try, and wealth of knowledge – you can get that all in the Portland Public schools.” 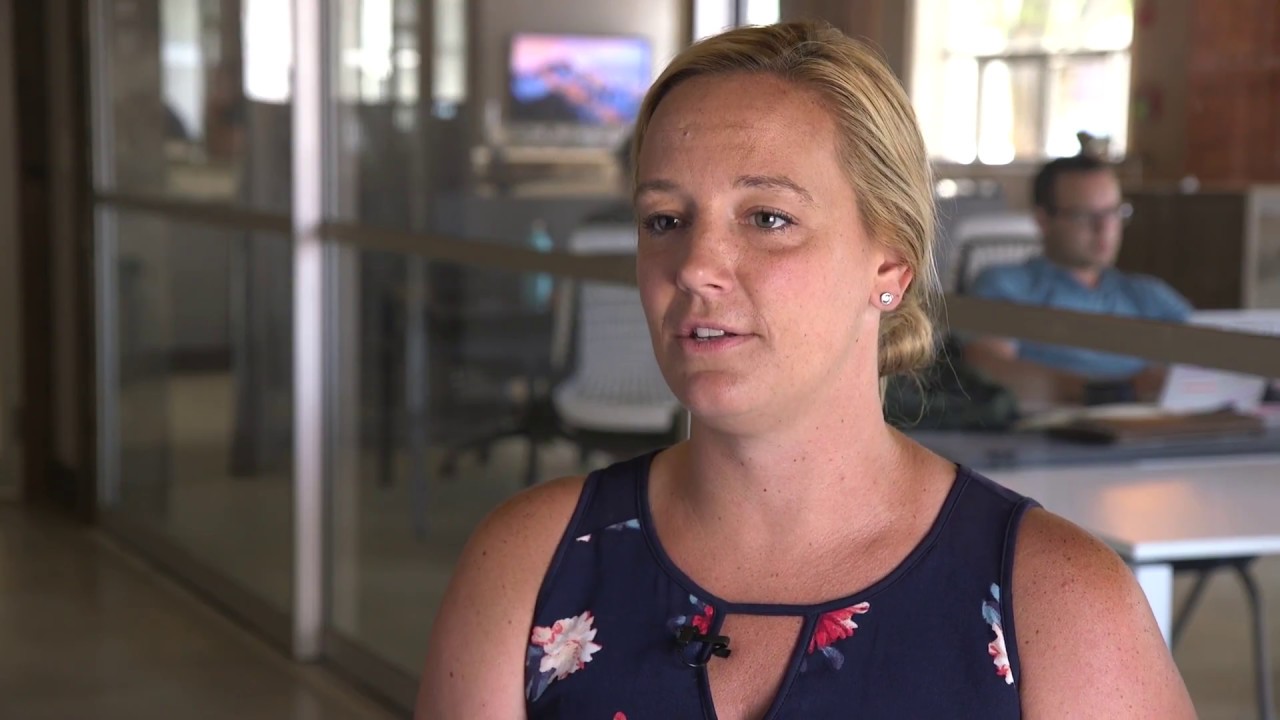