“PPS taught me to be resilient so I could be the person that I knew I could be.”

They said Merle Nelson was “not college material.” Deering High School helped her prove them wrong.

Merle has dyslexia, but there weren’t any tests or special teaching methods for students with that common learning disability when she was growing up in the 1940s and 1950s. Merle just knew she had to work harder than others to succeed. At Deering, Merle elected to take the college preparatory program and studied very hard. She also became popular – she was a cheerleader and was chosen Miss Deering in 1953, the year she graduated. Merle said the Portland Public Schools “taught me a sense of empowerment” that helped her succeed in college and beyond.

She earned a teaching degree from Lesley College, where she graduated with high honors and was a member of the educational equivalent of Phi Beta Kappa. Then, after excelling at teaching for a few years to such a degree that she was recognized as a master teacher, she earned a master’s degree in education from Harvard University. “With that, it kind of certified me smart,” she said. “I was very proud.”

Merle later represented Portland in the Maine House of Representatives for 10 years, from 1976-1986, where she spearheaded legislation to improve education in Maine. She was a particular champion of marginalized students – those at risk for falling behind or dropping out because of lack of programs to address their special learning needs or unique gifts, in areas such as art, music and dance. Legislation she developed led to such initiatives as the state’s gifted and talented and alternative education programs and the Maine Percent for Art Law.

“I understood what it was like for kids to not want to go to school because they were unhappy,” said Merle, 82, who today sits on the advisory boards of cultural organizations, is a community volunteer and continues to champion education by promoting learning programs in the public schools.

Merle’s early school experiences were unhappy ones. She was dyslexic but such learning disabilities weren’t recognized then, and there were no specialized services for students that schools have today. Her teachers at that time didn’t consider that some students might learn differently.

School was painful. “They always had a spelling bee on Friday afternoons, and I was the last chosen and the first down,” Merle recalled.

That was because she learned differently. “If I could remember what the word looked like, I had to figure out if it ‘was’ or ‘saw,’” she said. “I remember struggling with trying to get the alphabet. I had to picture a bed. The head of the bed was the pillow or B and the foot of the bed was the D. I had to work that through when I saw a word, so I was slow because I had my own way to determine what these things meant. I was busy deciphering.” She refused to cry in the classroom, but the tears fell when she got home.

Deering helped Merle get a new start because there were some new classmates who hadn’t gone to school with her previously. “It gave me a kind of courage to move forward because I didn’t have that reputation of being stupid,” she said. “I could be who I really was.”

Deering, she said, “was the outstanding high school in the state. We had wonderful teachers. It was a pleasure to be in their environment.”

They helped inspire her to become a teacher. “I recognized that it was indeed the most powerful profession in the world and I wanted to be a part of it because I felt through my experience of failure that I could succeed,” Merle said. “I felt that with the right teacher and the right encouragement, every student could succeed at whatever level they were at.”

Another daughter, Julie, is a Portland High School graduate. She had such a positive experience there that the family now presents the Merle Nelson Award annually to a PHS staff member nominated by graduating seniors for making a difference in students’ lives.

“It’s a way to say ‘thank you,’” Merle said. “It stemmed from my having read a bumper sticker that said, ‘If you can read this, thank a teacher.’” 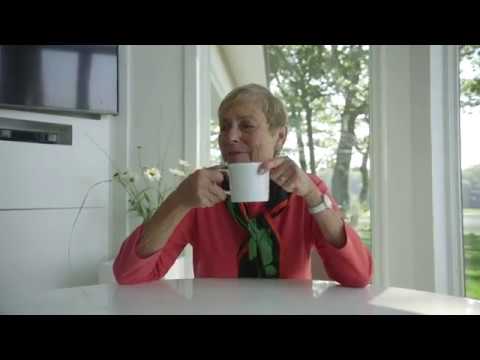