“PPS taught me important life lessons so now I can deal with adversity in my life.”

“The Portland Public Schools taught me valuable life lessons to help deal with adversity in my life,” said Santo DiDonato, who graduated from Portland High School in 1985.

Fourteen years after graduation, Santo experienced a life-changing accident. He was working as a mason for the family business, F. DiDonato & Sons Masonry, when he lost his footing and fell off a roof while working on a chimney. The injuries he suffered in that 1999 fall left him paralyzed from the waist down.

Today, Santo, 50, now works to help others with spinal cord injuries through a nonprofit he and his wife, Gina, started after his accident. The DiDonato Paralysis Foundation, which he runs from his Gorham home, helps fund research to cure spinal cord injuries and provide disability grants of up to $2,500 and also adaptive equipment for local activities.

Santo credits the support of his family, the work ethic he learned from his father and also the life lessons from the Portland Public Schools with helping him start a new chapter in his life. He said his education underscored for him that “you determine what you’re going to do. Whatever happens to you, it’s up to you to determine what the outcome is going to be.”

Santo grew up in North Deering and attended Lyseth Elementary School and what was then called Lyman Moore Junior High School. He recalls enjoying recess and playing with friends in elementary school. At Lyman Moore, he said, “I remember more of the teachers – how friendly they were and helpful, with a lot of guidance.”

He is one of seven siblings, who all attended the Portland Public Schools. Portland allows students to select which high school to attend, regardless of where they live in the city. His brothers and sisters split between Deering and Portland. Santo chose Portland. Friends were going there and the city of Portland is the school’s campus.

At first, he didn’t take high school seriously, Santo said.  “I would clown around in class. I think that was because I was kind of shy. That was a way of dealing with it,” he said.

But an English teacher saw right through him and called him out into the hall one day. The teacher wasn’t angry, just direct. She told Santo, “I understand what you’re trying to do, but you’re going to have get serious if you want to pass my class.”

Santo said, “It was like a light went off. I really didn’t get good grades in English class until that time and it made me apply myself.” He said that “the fact that she cared” was important to him.

Santo’s father didn’t finish high school – although his father valued education and later in life earned his GED – so Santo made graduation his goal. “I knew my dad didn’t finish school and I knew that I wanted to finish school,” said Santo, who also wrestled during his senior year in high school.

As for careers, “I originally thought I was going to go to college and then I ended up deciding to just work for the family business,” Santo said.

Now his daughter is older, he’s concentrating more on the foundation, which just held its annual golf tournament fundraiser in July.

At the fundraiser, Santo demonstrated a Paramobile machine – a type of powered wheelchair that allows a person with a spinal cord injury to rise to a standing position – and do such things as play golf, fish or do archery. The foundation is in the process of making the Paramobile available to the public free of charge and would like to have several machines that it can have at local golf courses during the summer months, and at shooting and archery ranges and fishing spots in the fall, Santo said.

Using the Paramobile, Santo successfully hit a few balls off a tee at the fundraiser, but is already looking at a new goal. “Eventually, I think I’ll get back into playing golf again with it,” he said. 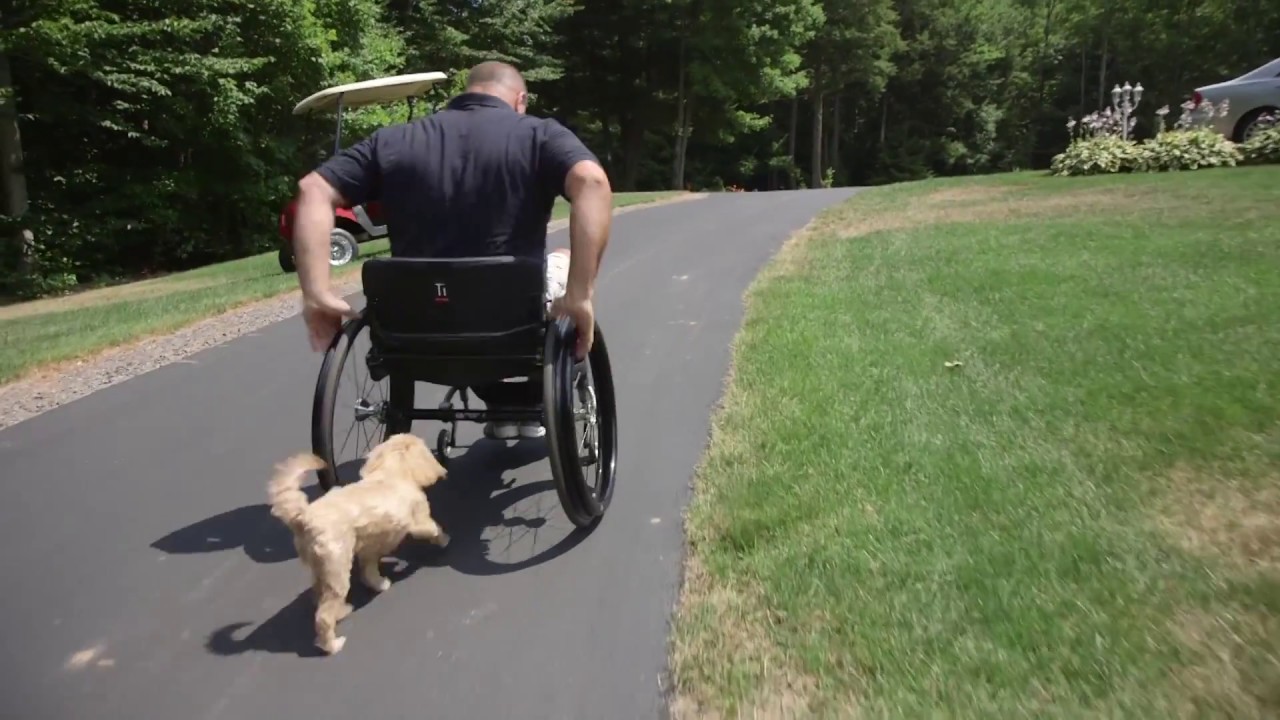