“PPS gave me the keys to the world’s libraries so now I can be successful in my job.”

Life lessons Truc Huynh learned at the Portland Public Schools helped shape his life and career. One lesson had to do with bacon and eggs.

Truc, a 2001 Portland High School graduate, said his high school gym teacher and rugby coach, Rocco Frenzelli, had students picture a bacon-and-egg sandwich. Then, Truc recalled, his teacher observed, “In order to make that sandwich, the chicken is involved, but the pig is committed.”

Since then, whenever he faces a challenge in life, Truc has asked himself, “Am I the bacon or the egg?”

“Believe it or not, that’s a lifelong lesson for me that I learned from the Portland Public Schools,” he said. “When you do something, when you commit to something, you’re the bacon. You give 100 percent; you don’t just give the egg.”

Truc said, “I really applied that lesson when I was in college, and I apply that still now with my team and how I conduct myself in my professional career.” He is a 2005 Bowdoin College graduate who is a benefits consultant for UNUM in Portland and owner of PHOever Maine, a Vietnamese restaurant in Westbrook.

Pho, pronounced “fuh,” is a traditional Vietnamese soup. Truc and his family say the restaurant’s name shows that “we value our past while paying tribute to the great country and state that has helped us become who we are.”

Truc, 35, and his family are from Vietnam. They came to Portland as refugees in 1989 and weren’t prepared for Maine’s cold climate. Truc, then 9 years old, was wearing only shorts and sandals when they arrived on a cold November day.

Cultural differences were a challenge, and so was English when he first started at Reiche Community School; for example, as a child in Vietnam he was used to going to the bathroom outside. Truc is grateful for the assistance he got from what he calls “the unsung heroes,” volunteer mentors who tutored him in English and helped him learn new customs.

Truc, who also attended King Middle School, said all the challenges were “kind of a shock all at once, but it builds character.” He is one of six children in his family to graduate from the Portland Public Schools, while his mother worked as a housekeeper and his father was a line worker at Barber Foods.

“It exposes you to different areas and it teaches you to listen to different perspectives from different people,” Truc said. “That is really one of the skill sets that wasn’t taught in the classroom, but it was kind of a byproduct of the Portland Public Schools. It has helped prepare me for the real world now, where my job is really to meet with all kinds of different employer groups.”

Academically, Portland High, where he played football and rugby, prepared him well for attending Bowdoin, where he majored in political science, Truc said.

“I had challenges with a couple of classes at Bowdoin – Latin, microeconomics – but what Portland High and all the teachers instilled in me was the resilience to get back up,” he said. “If you didn’t do well in a class at Portland High, your teachers found out why and they’d try to get you after school to help you better understand. I think I was very fortunate in having teachers, coaches and mentors who really pushed me. It gave me what I needed: critical thinking skills and the determination to not give up.”

Truc said he learned other life lessons from the Portland Public Schools, such as the importance of community service. “That was instilled in me early, the giving back portion of it and contributing to the common good,” he said. He mentored younger students at Portland High and was chairman of Red Cross blood drives at Bowdoin for three years.

He now volunteers each year at Camp Susan Curtis, a Maine camp for economically disadvantaged children, and gathers a group of friends on his birthday every year to volunteer at the Preble Street soup kitchen. It’s a way of saying thanks, Truc said. “So much was given to me and my family,” he said.

Truc attributes much of his success to the support he received along the way at Reiche, King and Portland High. “I give a lot of credit to the teachers and the mentors and the coaches,” he said. 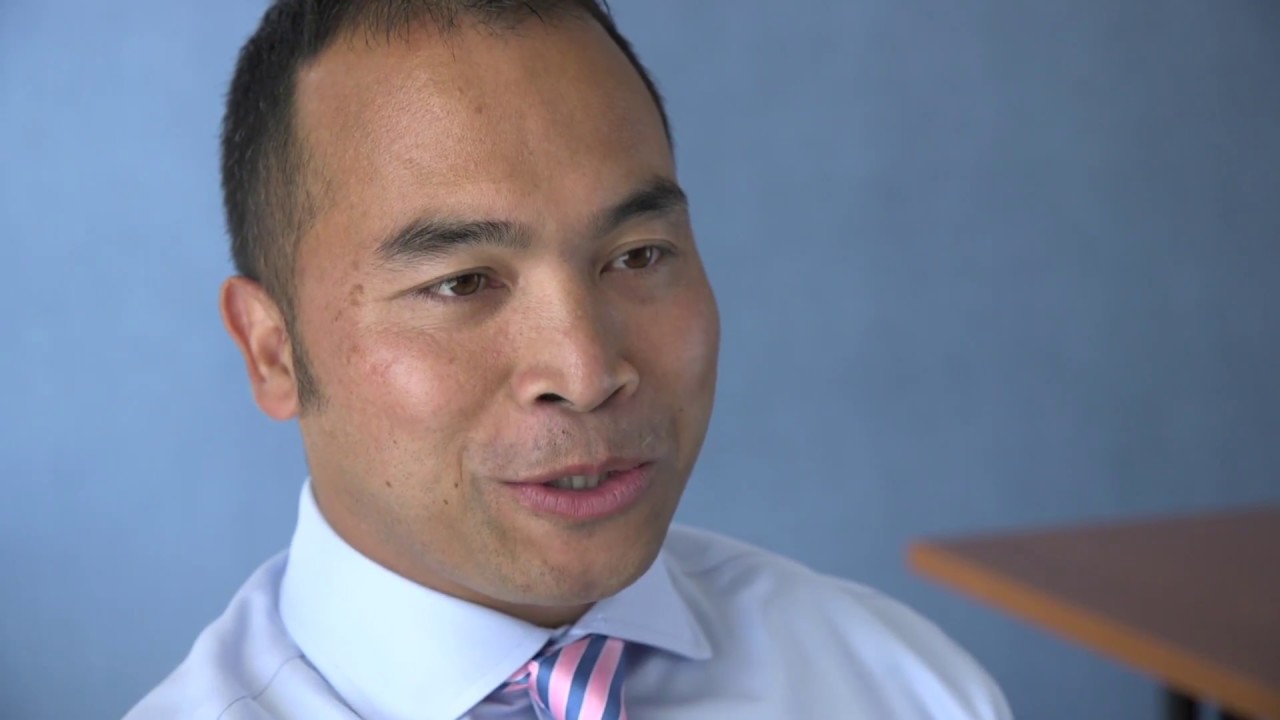